If you’re leading a gluten free diet you may have, at some point in time, wondered, “Is whiskey gluten free”? This is a very valid question. With so much pressure on specialized diets these days, it may be a bit of a conundrum to answer. 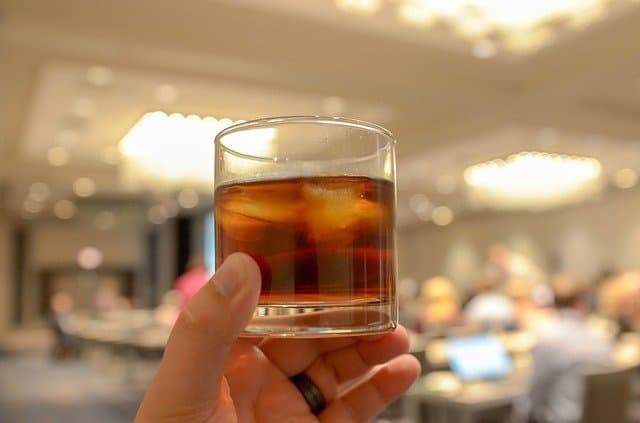 Whiskey can be made from corn, barley, sorghum or rye.

Corn, in and of itself is not a gluten product. However, it’s important to note that there may be caramel coloring added to the whiskey. Caramel coloring may have gluten added in as a part of the flavoring. Thus, it should be avoided.

It’s important to read labels carefully and learn where they stick gluten into products that you wouldn’t consider them to be. You may be ingesting gluten unawares if you’re not careful in your label reading.

Corn whiskey is gluten-free as long as there isn’t any caramel added in for coloring. Corn isn’t a gluten product and won’t affect your gluten-free diet. Other flavorings may also have gluten added in to help enhance their flavors.

Rye, however, is a gluten product and if you’re leading a gluten-free diet, you’ll want to avoid this at all costs. Gluten is found in wheat, barley, and rye.

Another option for someone on a gluten-free diet is to choose a whiskey that is made from sorghum. Sorghum is a gluten-free grain and will give the whiskey its own unique character. You’ll again have to be mindful of any additives to the whiskey. The wrong additives may give you a gluten reaction.

Still, others argue that the process of distillation removes all gluten from the whiskey. According to the the Food and Drug Administration, this means that there must be less than 20 parts (of gluten) per million.

If you’re very sensitive to gluten, you may wish to avoid all whiskey’s as they may contain minute enough amounts to affect your dietary regime.

If however, you’re not super sensitive, you may find that you can indulge in some forms of whiskey (avoiding, of course, the barley and rye based whiskeys). Now that you understand the answer to “Is whiskey gluten free” you can make an educated decision.